Camille A. Brown and Dancers Tickets

Known for their emotive, character-based, dynamic and captivating dance that tackles a variety of socio-political issues, Camille A. Brown and Dancers will be performing at Moore Theatre on Tuesday 3rd March 2020!

“[Camille A. Brown] cultivates in her dancers truer versions of themselves so that even as they do her movement, they are set apart. Placed in an environment of socially conscious choreography that often allows performers freedom of theatricality, Brown’s combination of concept and execution is striking.” — DancePulp 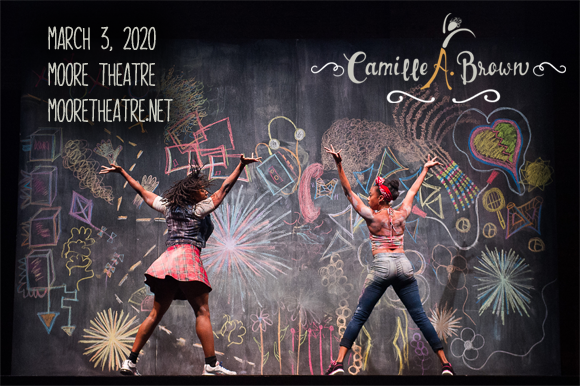 Camille A. Brown & Dancers are a nationally and internationally touring NYC-based dance company, led by four-time Princess Grace Award recipient and Tony Award nominee Camille A. Brown. A dancer, choreographer, director and dance educator, Brown is best known for her trilogy of shows about African-American identity and black culture: the Bessie Award-winning “Mr. TOL E. RAncE” (2012), the Bessie-nominated “BLACK GIRL:Linguistic Play” (2015), and “ink” (2019). She has choreographed major Broadway shows such as Choir Boy, Once on This Island and Jesus Christ Superstar Live in Concert! and has been honored with the Guggenheim Fellowship, a Doris Duke Performing Artist Award, and a Bessie Award, among other accolades.