An evening of original music, fun, and comedic parodies await you this summer as the King of Musical Humor, Weird Al Yankovic, brings his 2022 tour, "The Unfortunate Return of the Ridiculously Self-Indulgent, Ill-Advised Vanity Tour," to Moore Theater for a two-night show that is full of creative antics that only Weird Al can pull off. After taking a four-year hiatus, this is his return to the concert scene, so we can expect that he'll bring the big guns to give us nothing but the best shows. Along with the American stand-up comedian Emo Phillips, Yankovic will show us what he has under his sleeves all these years. Get your 2-Day Pass tickets for his June 28 and 29 shows by clicking the "Get Tickets" link on this site. Grab some for you and your friends, and prepare to laugh and be awed by Weird Al's creativity, imaginative antics, and passion for his music. See you there! 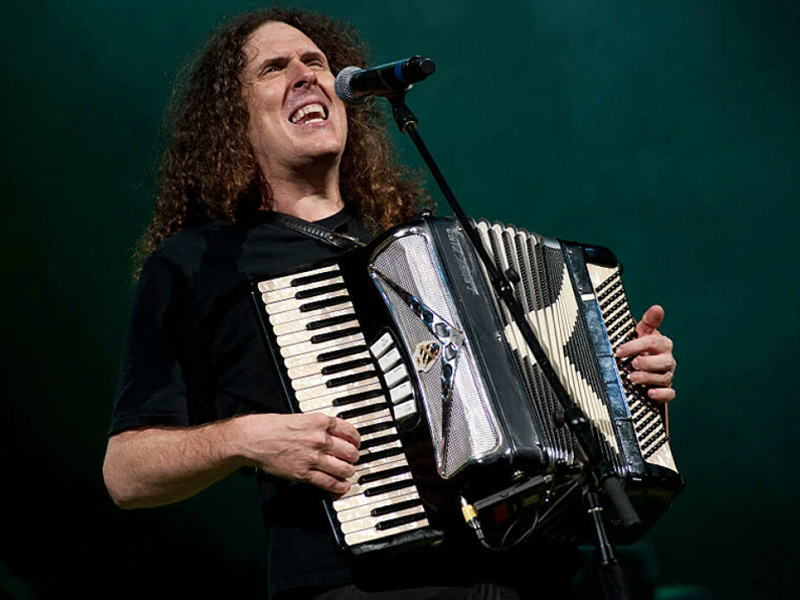 Known for his musical parodies during the glory days of the MTV era, Weird Al Yankovic is one of the very few artists who have carried the torch of musical humor. While his contemporaries enjoyed short-lived fame because of their one-hit-wonder songs, Weird Al was constantly scoring smash after smash throughout an enduring career that has found him topically mocking everything from new wave to gangsta rap.

Born Alfred Matthew Yankovic, Weird Al's talent could not be boxed into musical parodies as he is active in films, live television, animation and voice work, web media, directing, and writing. Apart from that, he also performs original songs that are style pastiches of the work of other acts and polka medleys of several popular songs, most of which feature his trademark accordion.

This year, the five-time Grammy winner will give his fans a treat through the anticipated follow-up of his highly-acclaimed concert tour entitled "Ridiculously Self-Indulgent, Ill-Advised Vanity Tour." The trek, which brought a compilation of his hits in his career, was a massive hit to new and old fans alike. This follow-up to his 2018 tour promises to bring a unique flavor to his beloved acts as he goes for a scaled-down tour with limited production (no costumes, props, or video screens) in smaller theatres and more intimate settings. In addition, Weird Al's setlist will be comprised almost entirely of his original (non-parody) songs.

Coming as a guest on all of his shows is the American actor and stand-up comedian Emo Philips. Philips is famous for the character he portrays on stage with a unique look and on-stage antics, appearing as a fidgety, possibly mentally disturbed, nervous but brilliant individual. He has toured with Weird Al last 2018 and has proven to be a crowd favorite. Thus, his participation in Weird Al's tour this year is also highly-anticipated.

Catch these two enigmatic comedians this June 28-29, 2022, at Seattle's Moore Theatre. Get your 2-Day pass here. Click on the "Get Tickets" button now!