Comedy fans, are you ready for the warm and self-deprecating comedy gold coming your way this March 26 at the Moore Theater? You better be because there's no stopping our favorite female comedian, Sarah Millican, from bringing the fun and the big laughs of her "Bobby Dazzler Tour" to Seattle, Washington. The 47-year-old comedian will ignite your Sunday evening with her unapologetic comedy antics coupled with her signature spicy and sexual jokes. Millican may appear shy and meek, but this English comedian won't hold back her thoughts to bring comedy gold on stage. Click the "Get Tickets" link to secure your tickets and prepare to see our favorite Geordie comedian blow the audience away with her unassuming persona and infectious humor! Grab your tickets now! 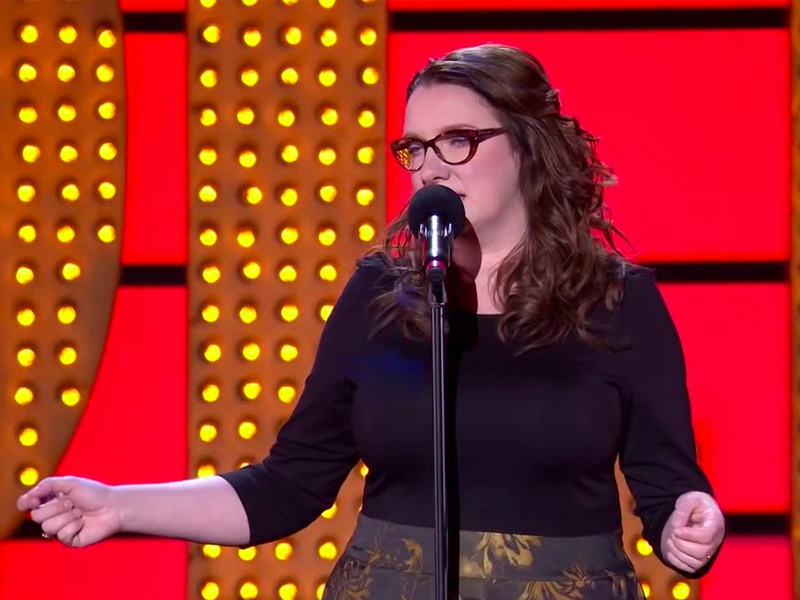 Whenever Sarah Millican enters the stage, she appears to be the nicest and sweetest comedian you'll ever see. Her usually bright clothing and shy demeanor make you think she is your neighborhood's friendly lady. However, this unassuming impression people get from her is in stark contrast to what comes out of her mouth, which is twisted, spicy usually sexual comedy. To those who have not heard of her, this is a shocker and the start of a show of comedy gold.

Millican's talent for comedy was realized after her husband of seven years decided to demand a divorce. This inspired her to step into the limelight of stand-up comedy, which she had never done in her entire life. A knack for unexpected jokes made her stand out, and in 2008, even only performing for some time, she won the Best Newcomer award at the 2008 Edinburgh Festival Fringe.

Since her stint at the festival, her stand-up career careened into mainstream popularity. She does tours and appears in many shows and events. One of her most significant achievements is hosting her show, "The Sarah Millican Television Programme," which continues to entertain many viewers.

Prepare to gasp and belly laugh because Sarah Millican is bringing her "Bobby Dazzler" tour to the US. Fans of the comedian in Seattle, Washington, see her live at the Moore Theatre on Sunday, March 26, 2023. Mark your calendars and reserve tickets now!