In January 2023, Seattle’s top-tier entertainment destination, the Moore Theatre, will welcome the new year with a bang! One of its first major events features progressive bluegrass legend Sam Bush. On Monday, 23rd January 2023, Sam Bush, together with special guests accomplished mandolinist Mike Marshall, and bass player Edgar Meyer will be lighting up the stage at the Moore Theatre! Prepare for a myriad of hits, fan favorites, and epic jams as these esteemed musicians bring the best of bluegrass to the stage! If you want to witness a fantastic music showdown, you should grab your tickets now and experience the high-energy sets of Sam Bush, Mike Marshall, and Edgar Meyer at the Moore Theatre! 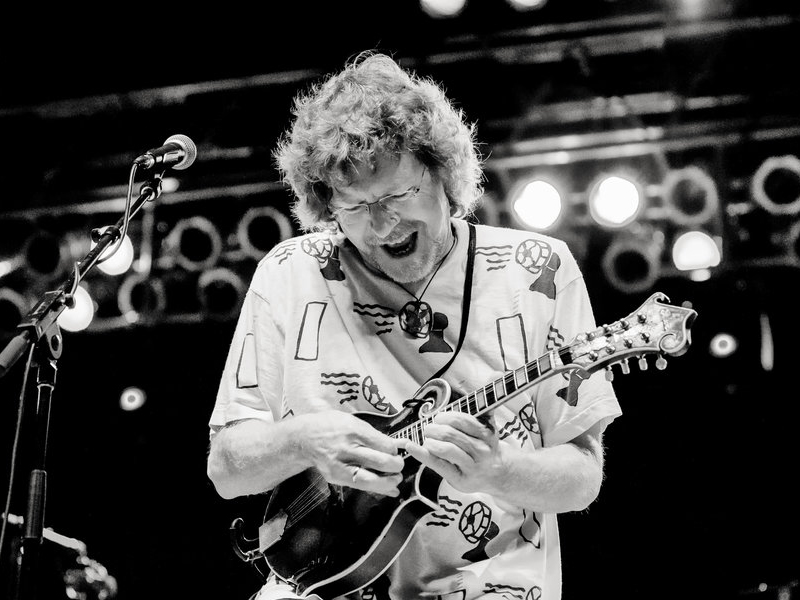 Sam Bush is a mandolin virtuoso who pioneered progressive bluegrass music. The Kentucky-native performed with New Grass Revival during the ‘70s and ‘80s. Bush always had a taste for bluegrass fused with other genres such as rock. During his early years as a musician, he was inspired by New Deal String Band, a London-based progressive rock bluegrass band. Since his debut in 1977, Bush has released ten studio albums. His later works starting from his sixth album performed impressively on the Billboard Bluegrass Album charts. His last four albums, released via Sugar Records, all entered the top 3 of the said charts.

Sam Bush has earned numerous accolades throughout his almost-six-decade career. In 2009, the Americana Music Awards presented Sam Bush with a Lifetime Achievement for Instrumentalist Award. Meanwhile, the International Bluegrass Association has awarded Bush with Mandolin Player of the Year four times (1990, 1991, 1992, and 2007). Moreover, Bush has won three Grammy Awards, including Best Country Performance by a Duo or Group in 1992; Best Pop Instrumental Performance in 1996; and Album of the Year for a collaborative album Where Art Thou in 2001.