Washington stand-up comedy fans are in for a treat this fall as the British comedian, James Acaster, is kicking off his US comedy shows at the famous Moore Theatre. Acaster will bring the fun of his “Hecklers Welcome Tour” to the Seattle audience while sporting his unique comedy style that usually uses fictional overarching narratives to talk indirectly about issues in his own life. If you are a big fan of his Netflix special “Repertoire” and his podcast “Off Menu,” this is your chance to see the witty comedian-writer live. Grab your tickets for the show by clicking the “Get Tickets” link on this site. Don’t miss Acaster bringing the laughs stateside! Whether you are a fan –– or a heckler ––, you are welcome to join the fun! See you there! 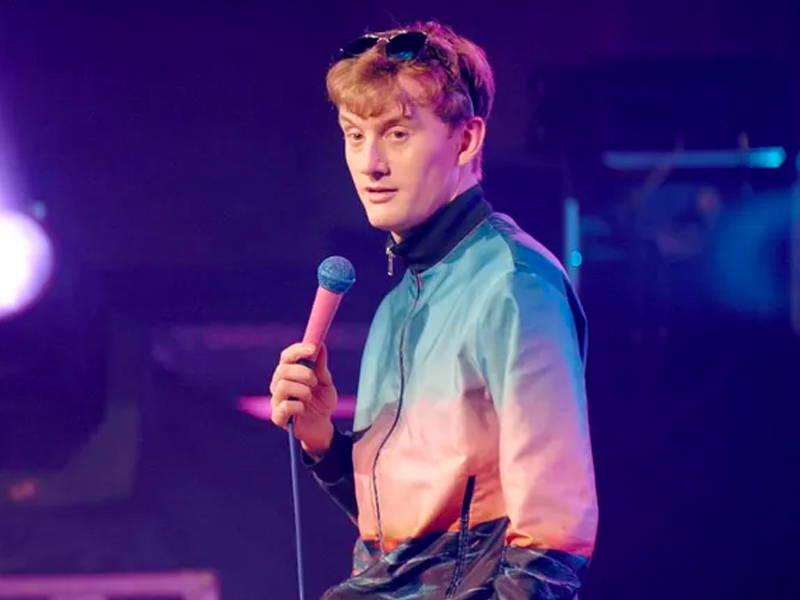 Deemed as "one of comedy's most original voices," James Acaster is undoubtedly one of the world's most in-demand stand-up comedians. However, the path to comedy wasn't the original plan the British comedian wanted to pursue. Following failed attempts to establish himself as a drummer, Acaster turned to stand-up comedy in 2008. His stand-up performances at the Edinburgh Festival Fringe have garnered positive responses, earning him a record-breaking 5 consecutive nominations for 'Best Comedy Show' in the festival's 2012, 2013, 2014, 2015 & 2016 editions.

His comedic genius was picked up by Netflix in 2018, and the streaming giant released a comedy special titled "Repertoire." Repertoire is a four-part series based on four of Acaster's Fringe performances: "Recognize," "Represent," "Reset," and "Recap." The special was highly praised for its originality and deviating from traditional stand-up comedy styles. The show's meta-narrative and ending twist pleasantly surprise both fans and critics, earning the show positive feedback. The said special was followed in 2019 by his most recent stand-up special, "Cold Lasagne, Hate Myself, 1999." The show was honored with a prize at the Melbourne International Comedy Festival, adding to Acaster's recognition as a top-tier comedian.

In addition to stand-up comedy, James Acaster also has two hit podcasts, "Off Menu," which he hosts with Ed Gamble, and "Perfect Sounds," both of which are regulars on the iTunes top 10 List.

This year, the 37-year-old comedian will bring his comedy tour stateside. Dubbed "Welcome Hecklers Tour," the series of shows is an 11-city trek that will kick off on November 2 at Seattle, Washington's Moore Theatre. Catch James Acaster as he opens his limited US tour with a bang. Click the "Get Tickets" button to reserve your tickets today.