The powerful actress and comedian, Heather McMahan, is making a big comeback, bringing her much-loved stand-up comedy stints and hilarious tales. With a new tour called "The Comeback Tour" marking her big return to live stage, a follow-up to her previous "Farewell Tour", Heather McMahan is back to bounce around "doing the most and the least at the same damn time". The star is coming to you live at Moore Theatre on Saturday, 6th of May 2023 for a hilarious show that'll sure get you laughing your socks off! Catch the one and only Heather McMahan making her big comeback by booking your tickets now! 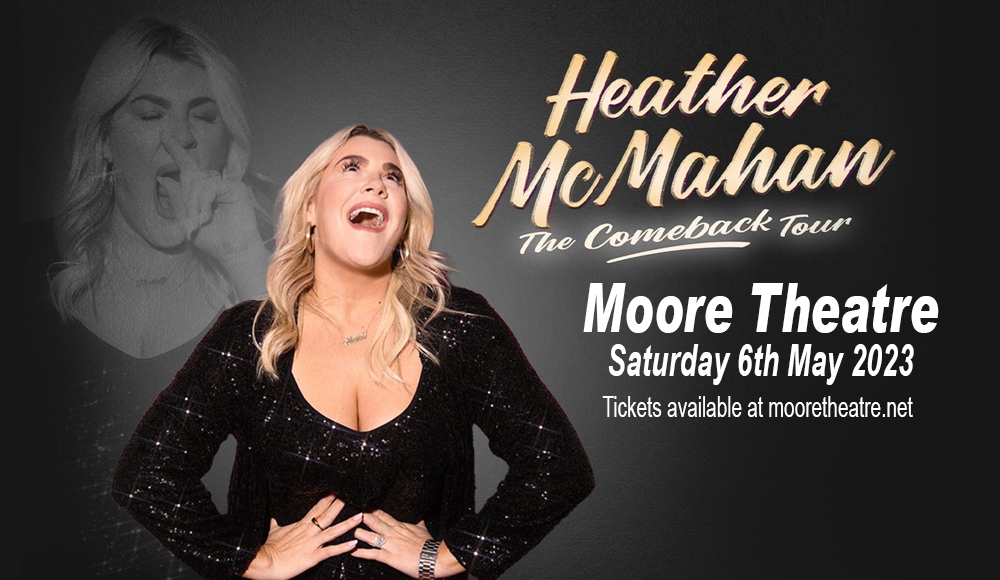 The star of the "Absolutely Not" podcast, Heather McMahan, is kicking off the new year with The Comeback Tour. Following up her highly successful "The Farewell Tour", she's now back to say that she'll be doing "the most and the least at the same damn time" in this new tour.

"Heather McMahan is heading back on tour baby!" her website exclaims. "The world is still on fire. Carbs are still bad for you and even though we're all dead inside, we're gonna giggle, damn it!"

At 35, she's got her very own podcast "Absolutely Not" making rounds across the world for her quirky comments and highly-relatable stories. She's also gusted on various podcasts as well. As an actress, she has a bunch of movies up her sleeve including "Merry Ex-Mas", "Family", and "Class of Nuke 'Em High".

On Instagram, you'll get to see her quirky adventures and hilarious sneak-peeks of her comedy-gold stand-up shows. While she's out and about, McMahan shares that stand-up never fails to feel like home. As she kicks off The Comeback Tour, you can expect to laugh, vibe, and relate to Heather McMahan's infectious charisma and comedy-gold acts.