The sensational Indian stand-up comedian, writer, and YouTuber, Biswa Kaylan Rath, is embarking on a U.S. tour, hitting the stage at Moore Theatre on Friday, 25th of November 2022. The Pretentious Movie Reviews star is set to bring his cheeky antics and comedy-gold craft off of people's screens and onto the live stage. As one of India's most-followed comedians, he garnered attention for serving rant-style comedic opinions on various topics at his stand-up shows. With audiences laughing their socks off the moment he starts talking about anything under the sun, Biswa Kaylan Rath is definitely a gem in the comedy industry. Book your tickets now! 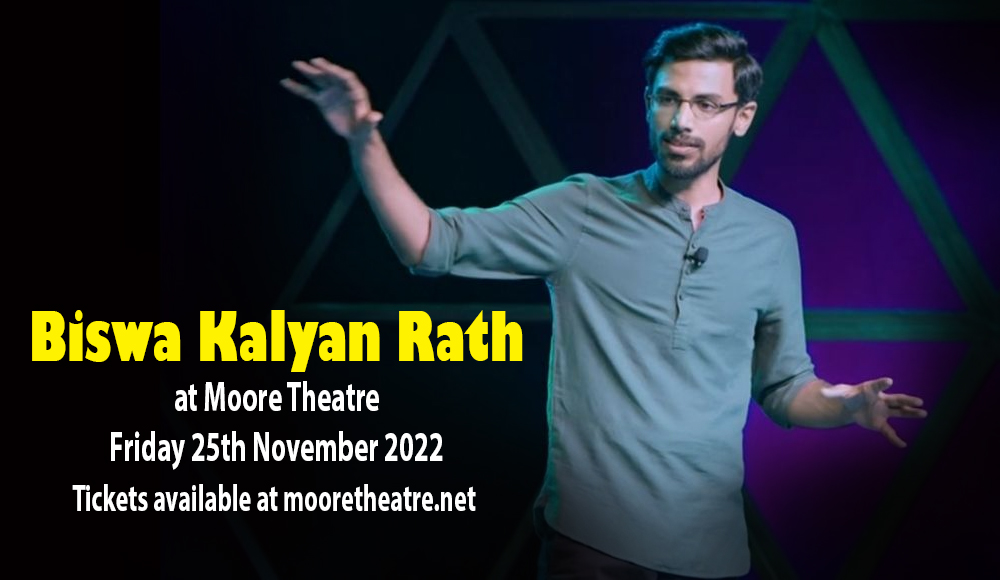 Gained global prominence for his YouTube comedy series "Pretentious Movie Reviews" with Kanan Gill, Biswa Kaylan Rath became an instant hit for his unique perspectives and serving rant-style comedy-gold lines. As one of the most followed comedians in India, the man never fails to get audiences cracking up the moment he starts expressing his thoughts on anything under the sun. With the return of live events around the globe, comedy isn't missing out on serving the globe's best – which definitely includes Biswa Kaylan Rath. He's set to embark on a North American tour – including this stop at Moore Theatre on November 25th.

Doing stand-up comedy since 2015, he started gaining attention and embarked on his first solo national tour "Biswa In your face" in September of the same year. Since then, Biswa has entertained audiences around the world for his unique style and alluring personality – ultimately for his comedic charm.

So, as the world heals from obstacles faced the past two years, give yourself great doses of laughter at Biswa Kaylan Rath's show, live on stage at the Moore Theatre this November 25th. Book your tickets now!