The holidays are coming, and what’s a better way to spend the evening than experience thrilling performances from two of America’s most iconic drag queens? Jinkx Monsoon and BenDeLaCreme are doing a four-night run in Seattle, Washington, and they are bringing their electrifying holiday show to the Moore Theatre! On Friday, 23rd December 2022, The Jinkx & Dela Holiday Show will be spending its third night at the Moore Theatre! This much-anticipated event will feature out-of-this-world songs, exhilarating dance numbers, and some comedy. Moreover, our queens will be serving looks fit for the gods. So hurry and grab your tickets now before it’s too late! 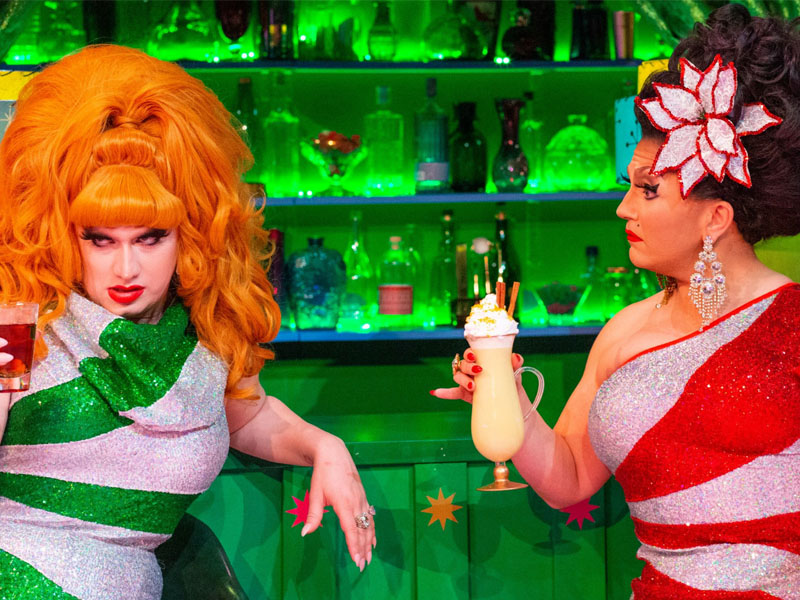 Jinkx Monsoon first captivated fans in 2013 when she competed in the fifth season of RuPaul’s Drag Race. Her extraordinary talent, charm, and eye for fashion have catapulted her to the top, winning her the crown. However, that was not the last, but we’ve seen Jinkx Monsoon competing in the famed reality competition series. This year, Jinkx Monsoon made a much-welcomed return when she joined the seventh season of RuPaul’s Drag Race All-Star. Aside from conquering reality shows, Jinkx Monsoon has been touring and performing all over the country and abroad. This 2022, she and BenDeLaCreme are embarking on a massive 26-date holiday tour, titled The Jink and Dela Holiday Show. The tour was named after their critically-acclaimed comedy special released in 2020. Moreover, Jinkx Monsoon has appeared in numerous films, including Happiest Season, Drag Becomes Him, Trixie Mattel: Moving Parts, and The Queens, among others. As a recording artist, Jinkx Monsoon has dropped two full studio albums, The Inevitable Album in 2014 and The Ginger Snapped in 2018.

BenDeLaCreme is also an esteemed performer from RuPaul’s Drag Race. She graced the sixth season 6 with her dance and singing prowess. BenDeLaCreme specialized in burlesque. She has spearheaded her own solo shows, Be Committed, Inferno A-Go-Go, Terminally Delightful, and Cosmos. Moreover, she has appeared in a myriad of films, including Drag Becomes Her, Waxie Moon in Fallen Jewels, and Trixie Mattel: Moving Parts. In 2020, BenDeLaCreme appeared in her first major film, Happiest Season, followed by a holiday comedy special, The Jinkx & Dela Holiday Show.

Tickets to see Jinkx Monsoon and BenDeLaCreme at the Moore Theatre on Friday 23rd December 2022 are now available!