How Did This Get Made? Tickets

Sometimes, a film is so bad it's good… How Did This Get Made? is an award-winning podcast that reviews, dissects and lovingly mocks some of the worst movies ever made, and it's coming live to Moore Theatre on Sunday 15th September 2019! Paul Scheer, June Diane Raphael and Jason Mantzoukas will be joined by a special guest as they giggle and squirm through some true nightmares of cinema! 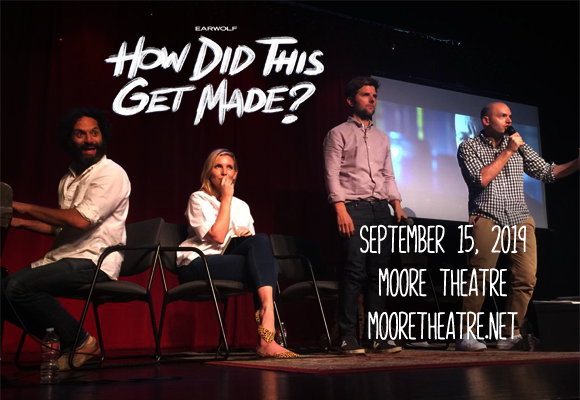 Hosted by Paul Scheer, June Diane Raphael and Jason Mantzoukas, How Did This Get Made? is a podcast on the Earwolf network, in which the show's hosts discuss, dissect and laugh at “bad movies”. Joined by a guest, the hosts try to unpick confusing plot-lines and interesting film-making choices, and offers "second opinions" in the form of five-star reviews posted online by Amazon.com users, read by Scheer. The show began in 2010 and is released every two weeks, with a minisode released during the show's off week. How Did This Get Made? is sometimes recorded in front of a live audience, in which case it typically includes a question and answer session, and original "second opinion" theme songs sung by fans. The program won a Webby Award in the Podcasts – Television & Film category in 2019.