The sensational chart topping queen – FKA Twigs is coming LIVE to Moore Theatre on Monday 4th November 2019! Get ready for the night of your life as you experience FKA Twigs live in concert on the Moore Theatre stage! As she has been taking over the R&B, Hiphop and mainstream charts, FKA Twigs is back on the road for 2019! North America get ready to witness her incredible performance right before your eyes! Tickets are NOW on sale – book yours today before it's too late! 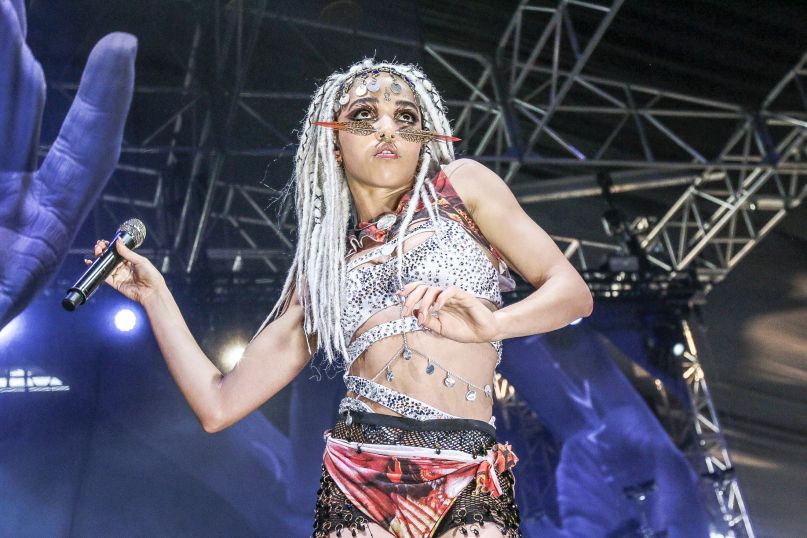 FKA Twigs is back with a brand new album for 2019 which she is describing as 'every lover I've ever had, and every lover that I'm going to have.' The incredible artist has dropped Magdalene and with it comes an exciting tour to support its release and fans just can't wait to see what's in store!

Hailing from South London, UK, FKA Twigs took over the music scene with her very first debut as she released her first album, LP1, all the way back in 2014. After hitting the number 16 place on the UK charts and number 30 on the US, people all around the globe were starting to know her name and her music was become an overnight sensation! The same year of its release, FKA Twigs was nominated for the Mercury Prize, which helped to shine a light on her career once more and kick started her amazing journey ever since. Her genre bending soundscape is one that fans just cant get enough of as you never know what FKA Twigs is going to give us next. With her effortless blends of genre's, from electronic to trip hop to R&B and avant-garde she gives the world a varied and unique element to the music scene and is one of the freshest artists out there today!

SECURE YOUR TICKETS FOR HER 2019 TOUR DATES TODAY!

"Since the start of her career, FKA twigs – less a singer than a very modern sort of audiovisual artist – has drawn on ballet and R&B, on fetishism and body modification. But nothing this outre tunesmith has done – not even her recent comeback single, Cellophane, and its eye-popping pole-dancing video – can quite prepare you for the start of this visually intoxicating comeback show."