Michael Flatly meets Hard-Core-Irish-Punk in Dropkick Murphys' brand new acoustic tour, This Machine… Theatre Tour with Jaime Wyatt and Jesse Ahern, crashing through Moore Theatre on Sunday, November 13th 2022. Start hoarding those tins of Guinness now, you are definitely going to run out celebrating this show! Grab some tickets and get ready for punk in acoustic? What? How? Well, it’s the band first ever, and it supports their brand-new, upcoming and eleventh album, This Machine Still Kills Fascists, releasing on September 30, 2022. Yep, it’s a completely acoustic album… well I guess it’s time to pretend you’re on a village green in County Cork, Ireland and DKM are about to get everybody thrown out the pub! 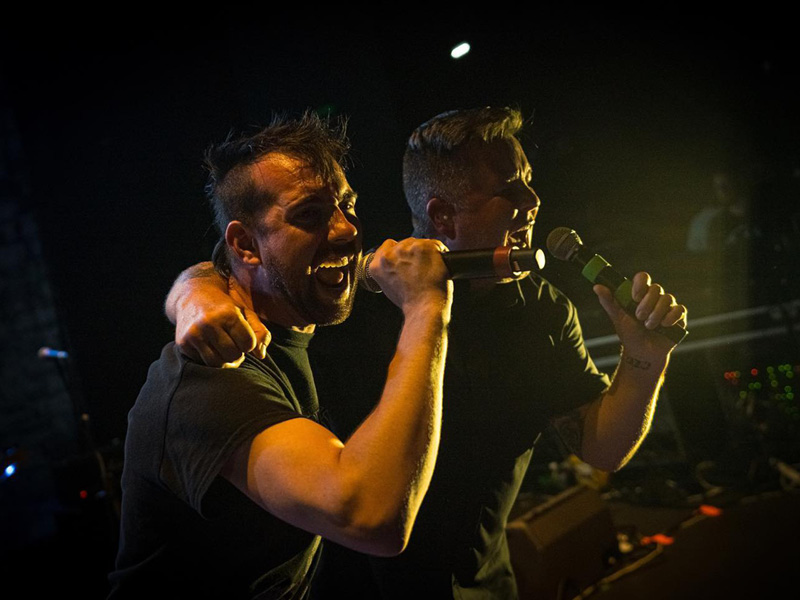 “This Machine… Theatre Tour, our first ever acoustic tour and first time doing a whole tour at seated theaters!!” The band stated at the tour announcement, “We'll be playing songs off the new album, plus all your DKM favorites — Jaime Wyatt and Jesse Ahern will open all shows. We're excited to see everyone this fall!!”

Dropkick Murphys brand-new, special, acoustic album was written around previously unpublished lyrics by one of the bands idols, Woody Gurthrie. At the album announcement the band stated “First off, Woody Guthrie embodies the spirit of true rebellion. Always one to stand up for the working man, and to fight the good fight against fascism. As his famous guitar so boldly declared – THIS MACHINE KILLS FASCISTS… And this isn’t our first collaboration with him. Back in 2004, we found an unpublished lyric in Woody’s archives called “Shipping Up To Boston,” and turned that into a song you may know… With Al Barr on hiatus, the rest of us wanted to record, but not do a typical DKM album without him…so we figured this was the perfect time to reconnect with Woody’s words. And we can’t wait for you to hear it!!”

Dropkick Murphys are a Celtic Punk band from Quincy, Massachusetts, they are co-lead singer and bass guitarist Ken Casey, the other co-lead singer Al Barr, guitarist James Lynch, multi-instrumentalists Tim Brennan and Jeff DaRosa and drummer Matt Kelly. The band have ten studio albums with their most well-known album, The Warrior's Code, from 2005 featuring in the film, The Departed, with the song "I'm Shipping Up to Boston" becoming the band's only platinum-selling single to date.