If you love Comedy Bang! Bang! You should get yourself ready because the hit podcast show is going live this summer! The Comedy Bang! Bang Live! Tour is taking over North America, and the cast is pumped and ready to bring their show to the stage! The tour consists of 22 dates and includes a stop at the Moore Theatre in Seattle on Saturday, 13 August 2022! The show, hosted by comedian Scott Aukerman will feature the Comedy Bang! Bang! All-Stars as well as frequent guests! Grab your tickets now and experience your favorite podcast show live and in person at the Moore Theatre! 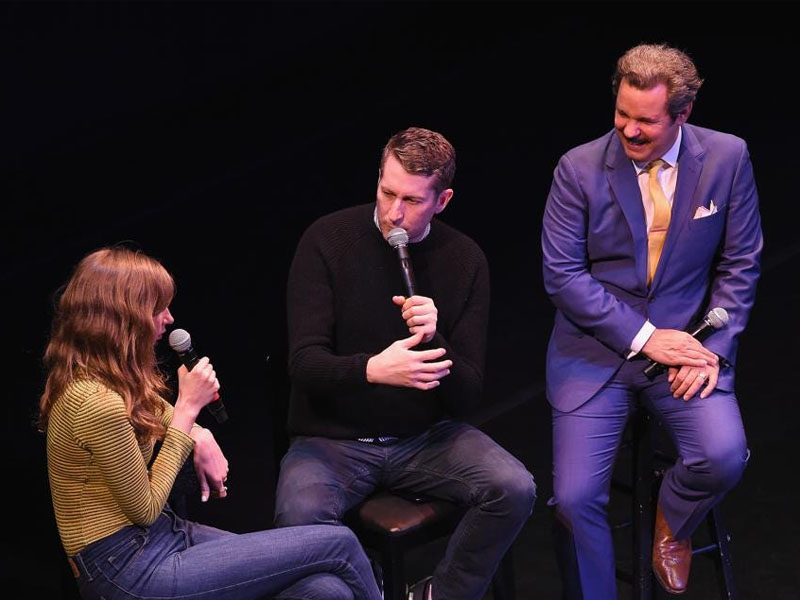 Comedy Bang! Bang! (CBB) is a weekly podcast show hosted by Scott Aukerman, a renowned comedian, and writer. The comedy fixture is a lively gathering between friends with the occasional guestings of improvisational comedians and other personalities. The show sometimes does interviews but most of the time its format revolves around improv games such as Riddle Me This, Would You Rather?, Freestyle Rap Battle, What Am I Thinking? and many more. The show’s frequent guests include Paul F. Tompkins, who has a knack for impersonating celebrities like composer Andrew Lloyd Webber, rapper Ice-T, Danny Glover, and Alan Thicke. Meanwhile, another frequent guest James Adomian has portrayed Gordon Ramsay, Bernie Sanders, Paul Giamatti, Gary Busey, and more.

Comedy Bang! Bang! has received wide critical acclaim. Rolling Stone has hailed CBB as one of the “10 Best Comedy Podcasts at the Moment,” while Entertainment Weekly found it “often strange, consistently hilarious, always unpredictable.” In

As of March 2022, Comedy Bang! Bang! has aired more than 700 episodes. The show, recorded with a live audience, was formerly called the Comedy -Death Ray Radio, and aired on 103.1 in Los Angeles. Show host Scott Aukerman is best known for appearing in and writing for the 1990s HBO sketch comedy, Mr. Show with Bob and David.

Tickets to see Comedy Bang! Bang! Live! at the Moore Theatre are now up for grabs!