The impersonation of an oriental beauty salon of a comic, Anjelah Johnson-Reyes comes to Moore Theatre on Saturday, January, 28th, 2023. Best known for her television roles in TV as the Vietnamese nail salon employee, and her self-styled fast food employee, Bon Qui Qui, entertains audiences with her impressive array of accents, impersonations and verbal gimmicks. So grab some tickets and get down to the Moore theatre for an awesome night of laughs and hilarious stories! 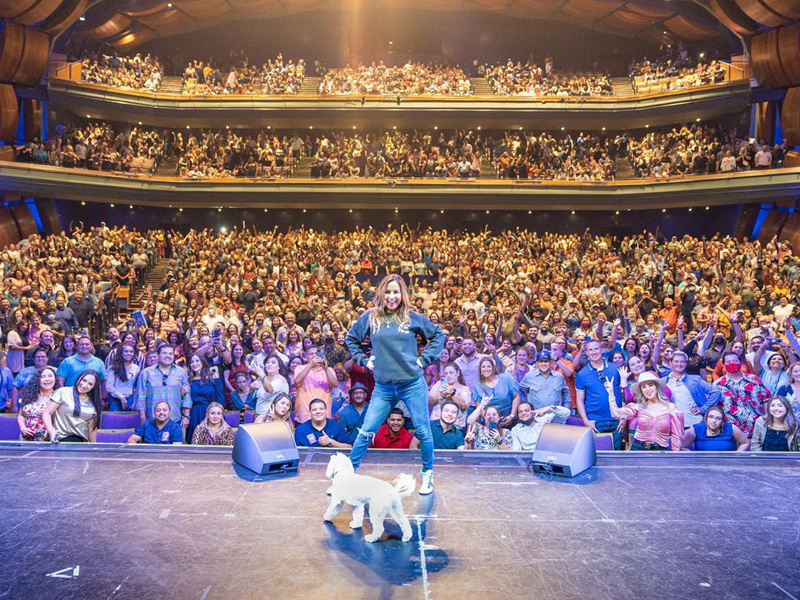 Anjelah Nicole Johnson-Reyesis an American actress, comedian. She is of Mexican and Native American descent, and began her acting career as a senior in high school, where she was interested in imitating different accents and mannerisms. Her stand-up routine, the incomparable impression of a Vietnamese nail salon employee, and on more than one occasion, her self-styled impersonation of a rude fast food employee, Bon Qui Qui.

Anjelah receives more than a fair share of attention and a solid following from YouTube. She has appeared in a number of television series, of which she is best known for her roles in Madtv. She was awarded the Oakland Raiderettes, Rookie of the Year, in 2002 and performed at Super Bowl XXXVII. In 2008 was nominated for the ALMA Award for Outstanding Female Performance in a Comedy Television Series for her work on MADtv.

Netflix gave her first stand up show in 2009, the one-hour Comedy Central special, Anjelah Johnson: That's How We Do It. She has since gone on to do two more specials and took part in this year's Netflix is A Joke Standup tour.