The Canadian Indie pop favorite, Alvvays, just announced their Fall US tour with a stop at Moore Theatre on Saturday, 22nd of October, 2022. With a new album finally coming out, five years since the release of their highly-acclaimed sophomore record "Antisocialites", Alvvays recently shared their newest single "Pharmacist" where they explore themes of confusion and reassurance. Known amongst the indie crowd for their singles "Archie, Marry Me", "Not My Baby", and "In Undertow", a big new era is in store for the Canadian indie stars with their upcoming new album "Blue Rev". Witness Alvvays' indie hits and fresh new tracks come to life this October by booking those tickets now! 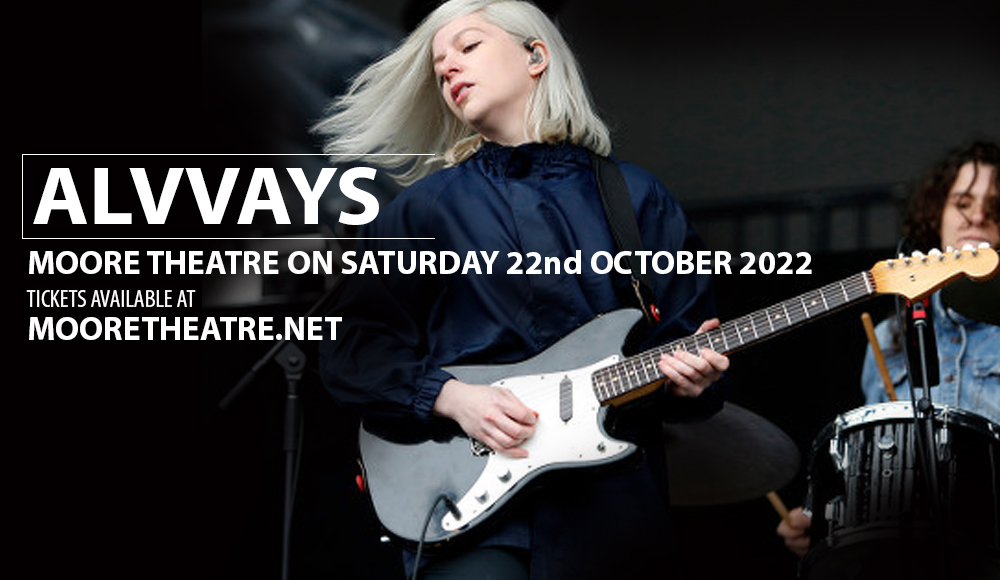 Hailed as an "indie-pop wonder" by Rolling Stone for their self-titled debut album with its track "Adult Diversion", Alvvays became a crowd staple in the indie-pop scene. The debut album hit #1 on US college charts in 2014. With a strong start, they received nominations at the Juno Awards of 2015 for Breakthrough Group of the Year and Alternative Album of the Year.

Five years since the release of "Antisocialites", Alvvays is finally dropping their newest album "Blue Rev" this October 7th, 2022. Though it wasn't a smooth sailing journey when an apartment break-in had demos stolen and a basement flood damaged the band's gear. Leaving the past behind, they're back even stronger with a new song "Pharmacist" giving listeners and fans a sneak peak of the highly-anticipated new record.

Alvvays' notable hits and indie crowd favorites include "Archie, Marry Me", "Next of Kin", "Not My Baby", "Dreams Tonite", "Adult Diversion", "Plimsoll Punks", and "In Undertow".

With a big new era right ahead of them, Alvvays is set to bring in big surprises after a five-year journey with "Blue Rev", which also happens to be the name of "the sugary alcoholic beverage Rankin and MacLennan used to drink as teens on rural Cape Brenton". So, don't miss out on Alvvays' big return to the live stage with a new record right around the corner by booking your tickets now!